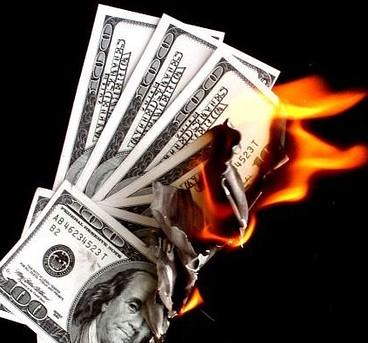 Over the past 10 years, car insurance premiums have reached soaring heights with no signs of decreasing. A decade ago, policyholders never could have predicted the effect that a looming recession would have on their premiums. How did the cost get this high? Below are the top five reasons why car insurance premiums have increased over the last decade.

Personal injury claims involving collisions have gone up by a whopping 70% over the past 10 years. People are even going so far as to stage accidents by stopping short in front of unsuspecting drivers. These frauds then make claims for their loss of earnings, personal injury, hire cars and costs for repairs.

In recent years, there has also been a growing practice of the negligent driver contacting the victim directly to offer compensation. This may be partly responsible for the growing number of claims.

The more personal injury claims there are, the more legal fees there are. If a claim is successful, the lawyer requires payment from a third-party insurer and a bill for his own fees. The legal expenses of these claims account for 10% of insurance premium costs.

While legal costs are rising for these claims, the claims management industry is making an ever-increasing profit as well. Some claims management companies are even going so far as to aggressively pressure drivers into making fraudulent claims. Claims management employees now call and text motorists to submit claims even if there was nobody in the car at the time of collision.

As a result, there are people that game the system with claims that are difficult to prove. Reportedly, whiplash claims are at a high of over 400,000 claims per year, heavily contributing to the tripling of bodily injury claims.

As auto insurance claims rise, so do the costs of car repairs. For this reason, the premiums for certain vehicle models have gone up. Vehicles such as the Kia Sportage, Kia Lotze and Hyundai Sonata now have an elevated risk rating because of the higher costs for replacement parts, resulting in insurance premiums that are at least 20% higher than premiums for other vehicles.

If you get into a qualifying accident, then the insurance company will pay you the difference between what the uninsured motorist is able to pay and what the victim would be entitled to if the uninsured motorist had the correct insurance. As the amount of uninsured drivers on the road increases, insurance premiums increase as well – and vice versa. The Institute Research Council has estimated that about 16% of motorists will let their policies expire without renewing them.

Additionally, the decrease of drivers needing automobile insurance has affected the insurance market’s profit margin. As such, premiums have risen. The Association of Personal Injury Lawyers calls this a market correction.

The protocol used to be that, after you turned 25 years old, your premium would decrease significantly as long as you had a claim-free record. Now, younger drivers are being affected by the biggest premium increases. Just over the past year, it is reported that 17- to 22-year-old drivers’ premiums have been inflated by 51%.

One reason for this staggering increase is that a growing number of insurers are eliminating third-party coverage. In addition, just half of insurers are quoting for drivers that are under 21 years old, quite possibly because these drivers account for 10 times more claims than 35-year-old motorists.

The financial crisis has directly affected car insurance premiums with increased claims and associated legal expenses, as well as fewer drivers getting insured because of rising premium costs. As the cycle grows, premiums are also increasing for younger drivers and owners of certain foreign cars. The best steps you can take are to drive carefully, avoid speeding and refrain from making claims.

Miles Walker is a freelance writer and blogger who usually looks at car insurance deals over at CarinsuranceComparison.Org. His most recent review looked at the best car insurance quotes.

THANKS TO OUR SPONSOR

THANKS TO OUR SPONSOR